NAHB Membership is up for the first time since the great recession! And, UP is good! As the Chair of Membership for NAHB in 2018, I had the pleasure of working with a phenomenal team of volunteers and staff to create and manage initiatives to increase membership. With a directive and the support of NAHB Chairman Randy Noel, we focused on growing membership like never before. 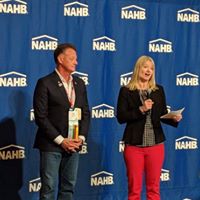 This year at the International Builders’ Show (IBS), I was the Roving Reporter at the Meeting of the Members and again at the Board Meeting. It was fun to interview various members about what they have done to grow membership this year.

In 2018, our team recruited nearly 33,000 new members and membership grew by almost 2,800, totaling 141,799 for the year. This success shows that there are potential new members out there, we just have to take the time to ask them to join. Additionally, it reiterates the need to retain members. 2019 Chairman Greg Ugalde will continue to focus on membership by focusing on retention during his term. (I’m proud to have given a seconding speech in support of him at the Board Meeting at IBS this year, and look forward to serving as one of his advisors.)

One creative way Randy gave membership a boost was by challenging our local home builder associations (HBAs) and Spikes to up their game. Incentives were offered to grow NET membership, recruiter incentives were introduced and a social media marketing program was launched to support the efforts of growing membership. The HBAs responded by bringing in nearly 7,000 new members last fall (2018). That’s our best fall season since 2007! 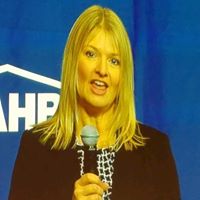 I’m most proud of the endeavor that was the most complex and labor-intensive: the new Join Now online application that went live at Mid-Year. Now, prospective members can go directly to NAHB.org/join to join any association in the federation from wherever they are, using whatever device they want — on their computer, tablet or phone; on the job site or at the bar.

Seeing members take recruitment to a whole new level has been impressive. In fact, recruiting more than 100 people in a year is rare and it happened this past year!  The top three recruiters for NAHB in 2018 are:

Within our membership committee, we had a number of people who recruited more than five members! A big thank you to them!

To reward members for their recruitment effort, NAHB launched a Spike Club program in 1953. 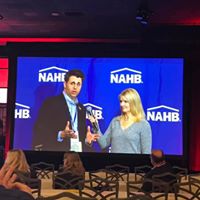 This program has remained virtually unchanged, since that time. A working group of the membership committee, led by Tammie Smoot, took a deep dive into the Spike program this year and developed fantastic ideas for a new and improved Spike 2.0 program. The goal of the working group is to invigorate this program and get more active participants. Keep an eye on this group in 2019!

I’d be remiss if I didn’t give a shout out to Chairman Randy Noel for helping us get a special area at the Spike Concert for all of our recruiters who recruited five or more new members in 2018.

The retention working group created an HBA Guide to Retention that is available for download on the NAHB site. Led by Rich Robinson, this group took a good hard look at what we need to do as a federation to keep our members active and engaged.

Helmut Mundt, 2019 Membership Chair, led our diversity working group. With a focus on the future and how to attract the various demographics and ages who work in new home building into our membership, this group will launch a pilot program in 2019 to test several ideas. We need younger members, more female members and to be reflective of all of the races and cultures who make up the industry.

Thank you so much to my Vice Chair Helmut Mundt and 2nd Vice Chair Rich Robinson for your support in 2018. Thanks also to NAHB staff members for their dedication and long hours – Rusty Diess, Deborah Malone, Melissa Voorhees, Blake Smith and Greg Morrison. Let’s all get out and recruit members for our locals! Let’s keep moving membership forward – visit www.nahb.org/join to sign up a new member today.