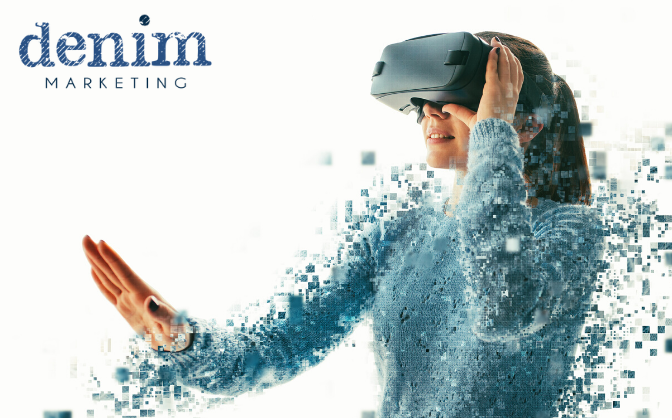 Augmented reality (AR) and virtual reality (VR) are two huge buzz words flying around the tech and social media industry. In the past, users logged onto desktops computers to access Facebook and other social platforms. As mobile devices and smartphones became widely available, technology and social media shifted to mobile-first applications. Now, a new wave in social media is emerging through the use of augmented and virtual reality features. These new features are already in practice by businesses, brands and developers and is transforming social media into a more interactive, immersive and visual tool.

While AR and VR share certain similarities, they are both very different technologies that offer very different user experiences. Augmented reality takes a live view of the real world, typically through a smartphone or mobile device, and places digital overlays on top of them. Most people are familiar with AR technologies through Snapchat and Instagram’s popular interactive lenses and filters.

While augmented reality combines the live world with digital components, virtual reality offers users a full immersion experience. In VR, the physical world is removed, and users are transported into a real or imagined 3D environment. Through virtual reality, users can walk with dinosaurs, go on a wild African safari or transport themselves to a futuristic landscape. More immersive VR experiences require headset devices such as Oculus VR or Google Cardboard, while others can simply be viewed through interactive 360 or 3D videos.

Incorporating AR and VR into Your Social Media Strategy

While many simply see AR and VR as a fun tool for photo apps and smartphone games, these two emerging technologies show incredible potential in numerous industries such as healthcare, education, manufacturing and more. However, AR and VR are finding the most success in the same industry they gained their popularity- social media. Incorporating these current AR and VR tools can help businesses to stay ahead of the game when it comes to increasing brand awareness and engagement.

What’s Next for AR and VR?

AR and VR are such new technologies with such amazing potential for success in social media. As technology continues to advance, these powerful reality-altering tools will become integrated even more into our everyday lives. AR will continue to be an important tool for businesses to build brand awareness and connect to consumers through more engaging experiences.

As technology becomes more accessible, complete VR applications involving headsets and equipment may even take over social media platforms and change the way users view content. (However, a huge majority of the population experiences motion sickness when using these types of headset, so they are going to need to improve before they become mainstream.) More businesses and brands are recognizing the potential of fully immersive experiences and testing virtual simulations that allow consumers to interact with and test products. Plus, with Facebook’s acquisition of Oculus VR, the possibilities for VR opportunities are endless. According to Oculus, it’s new Facebook-powered features such as chats, multi-person gatherings and content sharing is already connecting the two apps and setting them up for further expansion.

Incorporating AR and VR content in your social media strategy is a win-win for businesses and consumers. Customers will enjoy getting involved and immersed in the technology which will result in an increase of brand awareness and engagement with businesses.

Looking to keep up with this new wave of social media? Let us help you to incorporate AR and VR features into your social media marketing strategy. Contact the Denim team! We are always looking towards the future of social media trends and are dedicated to helping businesses prepare for success.